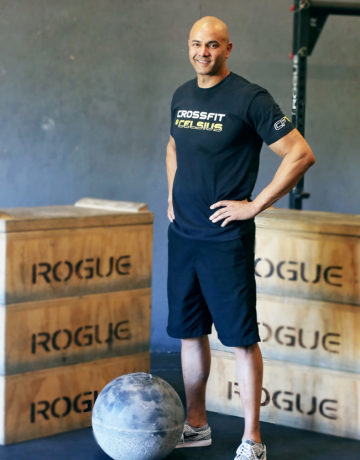 Greg started CrossFit 5 years ago completely by chance. Greg was active in Jujitsu but managed to injure himself playing flag football which resulted in a groin pull. Greg was invited to CrossFit but declined not realizing the severity of his injury at the time. Months went by without getting better which is when he finally decided to try CrossFit. Greg modified and gimped his way back to health but along the way CrossFit exposed all of his weaknesses. 5 years later, the consolation prize became the first prize and he was diligent about CrossFit ever since.

Greg is experienced in dealing with a broad range of people. In fact, he often prefers the challenge of working with athletes that have the greatest difficulties in adapting to the CrossFit lifestyle. Greg is passionate about helping others to succeed and being able to reach people at all levels. While overcoming his own adversity through major and minor injuries he hopes that he can ease the way for someone else.